This research studies a well-known current trend in e-learning, reassessing the existing research material and the way it was implemented at the same time. It is significant that the data are collected formatively and not retrospectively as is done in most research on MOOC participation and sustainability. This research adopts a developmental approach in creating an original MOOC that is pedagogically effective and innovative. Goh (2016) suggests that the continuous efforts to attract and retain online learners by using education technologies are likely to bring an effective strategy for boosting retention rates. The researchers, as MOOC-makers, examine the current online-learning trends and elicit information on desirable features for MOOC from potential learners. These features are incorporated into the MOOC development and design, ensuring the MOOC pedagogy is innovative and effective in aiding students’ meaning-making and constructive learning. The process of MOOC development presents the phenomenological viewpoint of factors that influence successful MOOC. The implications of this research for better ways of executing course development projects will be relevant to future MOOC implementers.

Marketing of Halal Products, But What About Getting Halal Income?

Muslims will grow more than twice as fast as the overall world population between 2015 and 2060, and in the second half of this century, will likely exceed Christians as the world’s largest religious group (Lipka and Hackett, 2017). Islam is today the fastest growing religion on earth, both by birth and adoption. With the global halal market estimated to be worth US $150 billion a year, the halal food industry is pegged to grow at a rate of 2.9 percent annually (Asia Inc., July/August 2007). Businesses should therefore be tapping at this growing market segment. At the same time, however; it’s important to note that “focusing on only halal food is not enough; we need to focus on halal income as well.” (https://quotesdownload.com/halal-quotes/) Additionally, the marketing of halal products needs to be appropriate and not haram (harmful).

China’s halal market, for example, valued at US$21 billion, is one of the fastest-growing in the world (Shafeez, 2017). Yet the focus should not only be on ethical marketing but also on halal income. Business people should not use bribes or follow corrupt practices to secure licences, business premises and / or trade; especially as the different provinces in China follow different rules and regulations for their importation procedures.

For Islam, one should and can make halal money. Earning halal money is, in fact, a religious obligation. Halal money and earnings that come from a good source are forms of good deeds for which people will be rewarded in the afterlife. Therefore, while discussing halal marketing and highlighting its importance, this paper also seeks to underscore the importance of obtaining halal income in the marketing of products.

The experience at APCAR-2015 has been truly rewarding and memorable. Our papers were peer reviewed and edited for the conference proceeding as well as for the JOURNAL. Looking forward to APCAR 2016!

Very well organised conference. Every session was very interesting. Next year I will participate again.

It was a pleasure to be at the conference. Most of the papers and abstracts were interesting and informative. It was an excellent conference indeed. 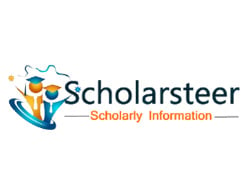 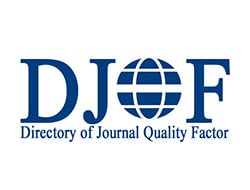